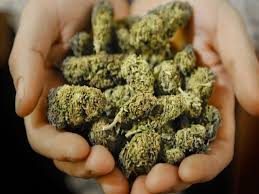 Heard this first in Burger King while sucking down a frozen sour water melon drink. They have stopped making that flavour now and replaced it with sour frozen apple. But anyway on topic I don't like the song so much so it's going in Music 3 but the part I do like is "we are the new Americana, High on legal Marijuana".

If only it was legal in NZ but it's not. They are going to ban tobacco in 2025 so Marijuana will never be legal.

It's mainly price that is the problem. Also it's legality. I did ask for a licence to smoke marijuana after my 9/11 phone calls but it probably hasn't been granted. But i'm going to claim it if I ever goto court for weed.

America got it good with legal Weed.
Posted by ProBegger at 9:31 PM