Got this on repeat at the moment. I only really like the chorus. Because it's Madonna and because i'm playing it right now on loop with my built in YouTube LOOP button, because of those things i'm adding it to Music 2. There's not quite enough here to go for Music I think. I do like he chorus though.

Ghosts are cool. I had a dream a few days ago and a voice in the dream said "Ghost Touch Me" I dunno if it was my voice or someone else. I think it was someone else though. I got kinda spooked out after that. It got kind of frightening and I woke up. What happened after Ghost Touch Me kinda freaked me out and I was scared in dream but I woke up not scared.

It was kinda like I was in hell and there was movement towards freedom like bands being loosed.

I always get the scary stuff. Now to randomize stuff a bit.

And the Scripture For The Day: 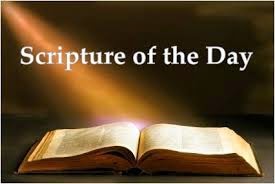 1 John 4:18 There is no fear in love. But perfect love drives out fear, because fear has to do with punishment. The one who fears is not made perfect in love.

So I guess I'm not yet the possessor of perfect love and i'm being punished.

There's much to be afraid of.

Being watched in your own home has moments.

There are people eating gravel. Been thinking about them. Also like meditating on celebrity or other famous or newsworthy deaths.

One death I recently stumbled on was the Ferrero Chocolate maker and Nutella maker Michele Ferrero who was 89. He invented Nutella and kinder surprise. He was worth 26 Billion.

I don't understand how you need to have so much wealth. Wouldn't it be better to feed people. There are plenty of poor people in the world.

Spend this wealth instead of locking it up and guarding it. Liquidize it. Keep enough to sustain yourself and spend the rest on the poor and needy. Alot of people can give out of their wealth who aren't. You can still live a high life. But you must consider the bottom. Without doing this you are truly missing the higher love.

The billionaires of the world don't need all that money.

I know i'm going to try and be frugal with my billions when I earn them.

I'm going to build a support network. Each Millionaire I create will be a pillar in my church temple.

I don't probably have long on this earth. Sad story. I could live another 30 years. But like everyone else i'm slowly heading towards death. I seem to be stuck at waiting for money.

While heading towards death it would be great to be set free by the truth. To not die. To end suffering and pain, death.

The bible predicts the end of Pain and Death. "LET ME STAND HERE".