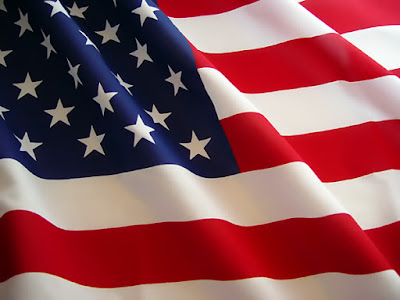 I don't have much to add to this blog today. I'll complain about my house and how much rent costs and September 11. Currently i'm paying $85 NZ dollars a week for rent. The most I can afford is possibly about $110 though $100 would be more comfortable. For my $85 dollars in NZ I get a really cold house on the main road in my town with two rooms. The house i'm living in is over 100 years old I think possibly. Thats why it's so cold. NZ is cold in winter. My next house that I will move to will be better I imagine but not much considering the amount of rent I can afford. They are going to demolish this house down soon. I could have a mortgage but house prices are very expensive and I don't have a deposit. A house I could afford wouldn't be very nice paying $110 a week mortgage.

Would you like to buy me a house. There isn't much on this website that would make someone spend so much money on me. The worlds full of poor people who are starving all wanting a house as well meaning the chances of me getting a house are not so good. I've been writing letters to the Prime Minister of NZ asking for a house but haven't got any reply. I don't really have many options apart from writing on this website. The longer I run this website though the more chance I have of making some money for a house.

One thing I thought I could use to make money was when I yelled war on talkback radio 2 days before September 11. Perhaps as a novelty. I mean you have to hear the call, it was alot more than me just yelling war. But no-ones interested. September 11 is old news now. I really do think people lack knowledge about suffering because if they didn't it possibly wouldn't exist, thats saying alot, it's far more complicated than the current powers of the human race. The thing that made me yell war, well that was suffering. In my suffering I don't have any strength and I do the best I can. I had a prediction there was going to be a war and I made it.

Everyone was saying there was going to be a war. I was the one who said it two days before publicly in a specific style and happened to have trained myself since a young age. No-one cares. Thats what you get in this world I guess. The kind of help I need is financial. Not much else. I guess because i'm skitzophrenic I obsess about my phone call but it's also because I hold hope that I can make some money. I suffered to create it. They won't let me have a copy. Or money.

I would like people to donate money to me or buy me a house because I rang a radio station and yelled war and then two days later America was attacked. I'm looking at you Americans. I guess all skitzophrenics are treated this way, locked up away, ignored by everyone, labeled, left to endure their suffering on there own. Financially locked. In my call I gave it everything and made a point of showing it.

Financially I can be helped. You can help me. There is not much else that anyone can do. No-one likes me. I don't like me. I know I need shelter, food and clothing. The American government or NZ government don't want to give me any assistance financially. Um I yelled war making a point of showing I was giving it everything I had no-one cares. The End. The point could be don't even try.
Posted by ProBegger at 2:32 PM